“The DEFENSE of anything is UNTENABLE. The only way to defend anything is to ATTACK, and if you ever forget that then you will lose every battle you are ever in engaged in…

The purpose of the suit is to harass and discourage rather than win.

The law can be used very easily to harass, and enough harassment on somebody who is simply on the thin edge anyway, well knowing that he is not authorized, will generally be sufficient to cause professional decease. If possible, of course, ruin him utterly.”

—Ability, the Magazine of DIANETICS and SCIENTOLOGY, Major Issue 1 circa 1955

In 1996 Alabama born and self described inventor Jim Humble claims he discovered a miracle cure while prospecting for gold in South America. According to Humble this discovery was that chlorine dioxide could completely cure Malaria.

Jim Humble was an active member of Scientology but since leaving that cult he has founded his own, called the Genesis II Church of Health and Healing where he has the title of “Archbishop”.

Like L. Ron Hubbard, Humble awarded himself with degrees he hasn’t earned, stating on the mms-supplement.com website “he in fact begun his career a long time back in the aerospace industry, in which he decided upon becoming a research engineer. Although he speaks of this rarely, Jim worked on lunar vehicles, worked on the first intercontinental missiles, set up experiments for atomic bombs, wrote instruction manuals for the first vacuum tune computers – & completely wired up the first device controlled bt computers at the famous Hughes Aircraft company. Guess what else – he also invented the first automatic garage door!”

In fact Jim Humble inadvertently revealed the truth in a 2008 interview where he stated “I started as a technician in the aerospace industry. And I just, as things worked out, I became a non-degreed engineer…”

In this interview the “Archbishop” appears also to support the conspiracy theory that there was no moon landing claiming he worked on the lunar vehicle, saying “I don’t know whether they took it to the Moon or they took it out to the mountains in the desert.”

Also like Hubbard, he makes incredible, grandiose claims of research to back up the equally incredible tales of miracle healing. On the miraclemineral.org website in December 2008 it said “More than a hundred thousand clinical trials over a period of 15 years verified the effectiveness of Jim’s treatment and success in Africa.

The difference is that while thousands of trials and treatments were conducted in hospitals throughout the world the data was never really brought forward for public consumption.”

Between then and January 2009 that statement suddenly disappeared leaving one to wonder if that so-called “research” had been questioned.

What is this “miracle cure” Jim Humble is pushing? Referred to as MMS or the CD Protocol, it is a mixture of a sodium chlorite solution with an acid that then produces toxic chlorine dioxide which can lead to kidney failure. In any dosage it is dangerous to ingest causing nausea, vomiting, diarrhea, dehydration leading to lethal low blood pressure, shedding of internal mucous membranes in the small and large intestines (this is the so-called “rope worms” that proponents claim is proof that the procedure is working). MMS can also lead to damage of the red blood cells leading to respiratory failure.

The worst application of the snake oil “cure” is in the treatment of children with autism. MMS is claimed to be a cure for this incurable condition and many desperate, gullible parents who have turned to it to cure their children instead are literally risking their lives.

Forcing an innocent child to undergo this MMS regimen is torturous abuse of the highest order and it is because of this Fiona O’Leary, an Irish woman with two children with autism as well as being on the spectrum herself, has dedicated her life to stopping its use.

Fiona and her husband founded Autistic Rights Together in 2015 and has been a public, outspoken opponent of Humble’s false, dangerous and unfounded treatment. Fiona has made it her mission to be the voice for these young, voiceless victims who suffer torture at the hands of the very people who should be protecting them.

Sadly O’Leary’s selfless commitment has put her directly into the line of fire for Scientology’s Fair Game attacks as the cult is a proponent of the MMS treatment and it teaches that autism is something that can, indeed, be cured. Scientology has offered their own false, pseudoscience, the Purification Rundown, as a treatment for autism and there are Scientologists including OSA Twitter Monitor Gemma Harris Wood who agree with MMS.

In December of 2017 Fiona and her children were viciously threatened by one Nathan Moore from Tallaght, Ireland, a Scientologist who was working at The Church of Scientology Community Center.

Each year COS hosts a Winter Wonderland in order to make nice with the surrounding community. This is also an opportunity for the cult to meet potential new recruits and to disseminate their propaganda.

Fiona was once offered a “cure” for her child’s autism by Scientology through their equally bogus Purification Rundown for €1500.00. Ireland’s HSE has previously said the treatments that comprise the Purif have no basis in science.

Given her prior history with Scientology as well as being fully aware of their Fair Game Policy, O’Leary was concerned about the cult’s intentions at the Winter Wonderland event, but also wanted to protect herself and her family. To this end she called the Community Center, giving a different name in order to guard against any potential attack and made inquiries.

Unfortunately Nathan Moore discovered the ruse and called O’Leary back, launching into an ugly tirade of verbal abuse and threats. Moore called Fiona a “spastic geebag” and threatened that he would “box her up and down”. Moore continued the frightening abuse threatening “you and your autistic kids will get their heads bashed in… I’m going to bash the autism out of them.”

In spite of being terribly frightened for herself and her children, Fiona O’Leary is not one to be cowed by such abuse. Showing strength and courage in the face of COS bullying, she filed suit against Moore and Scientology.

For years Scientology has been known for it’s misuse of the legal system as a way of forcing their so-called “enemies” into compliance with their demands. Hubbard’s teachings are clear about the importance of using lawsuits as an important tool in the Scientology arsenal of Fair Game and Dead Agent.

Fiona O’Leary turned the tables on COS and gave them a well deserved dose of their own medicine.

Unlike Scientology who wields the court system with disregard for the truth, O’Leary had a legitimate cause of action to bring before the judge.

During the trial “He (Moore) was described in court as an immature man who left school early. Judge James McNulty suggested that the Church of Scientology had a duty of care towards Nathan Moore…”

Immature or not he represents his “religion” well.

Moore was sentenced to 90 days in prison however the Judge ruled that he would suspend the sentence if Scientology would make a €10,000.00 donation to the Irish Autism Society.

As the most ethical religion on the planet such a donation should be no issue. Scientology does, after all, love to publicize its many worldwide humanitarian endeavors. Any truly spiritual organization should welcome the opportunity to support a worthy and important cause like autism awareness while saving one of their own from incarceration. This judgment should be seen as a win/win for all parties involved. Fiona gets rightly deserved justice, Moore is held accountable for his despicable actions and Scientology is able to keep its member from spending 90 days in jail while doing good.

The chance to do good deeds offered to COS however is apparently unacceptable to this cult of fools. Unable to see the opportunity handed to them to create good P.R, Scientology does not want to make the donation, which in the overall scheme of things would create a negligible dent in their finances. Instead they are appealing the judgment, furthering the already negative and cynical worldwide opinion they deservedly bear.

This case is important for everyone to be made aware of for several reasons. Scientology is a global entity, spreading it’s hate, malice and abuse far and wide. Their policy of bullying and attacking their critics and detractors has long been an effective deterrent in keeping people cowed and silent through fear.

Currently there are multiple lawsuits in the U.S. lodged against Scientology and David Miscavige. As more and more people step up to challenge and expose this cult and all its abuses, human rights violations and fraud, their ability to use the court system to their benefit becomes less assured.

Fiona O’Leary fought the global conglomerate and won. This gives others a spark of hope where none previously existed that truth can indeed prevail. It shows the rest of the world where Scientology is embedded that it can be confronted and held responsible for their untenable actions.

We wish Fiona all the best as she continues her fight against the terrible torturous abuse autistic children suffer through the MMS regimen forced on them by their own parents. She is an example to Ireland and to the rest of the world that fighting for truth and right may be fraught with hazards, but in the end David can slay Goliath and win.

Following are photographs taken from an online group who uses MMS on their children. The photos are posted on Fiona O’Leary’s blog. 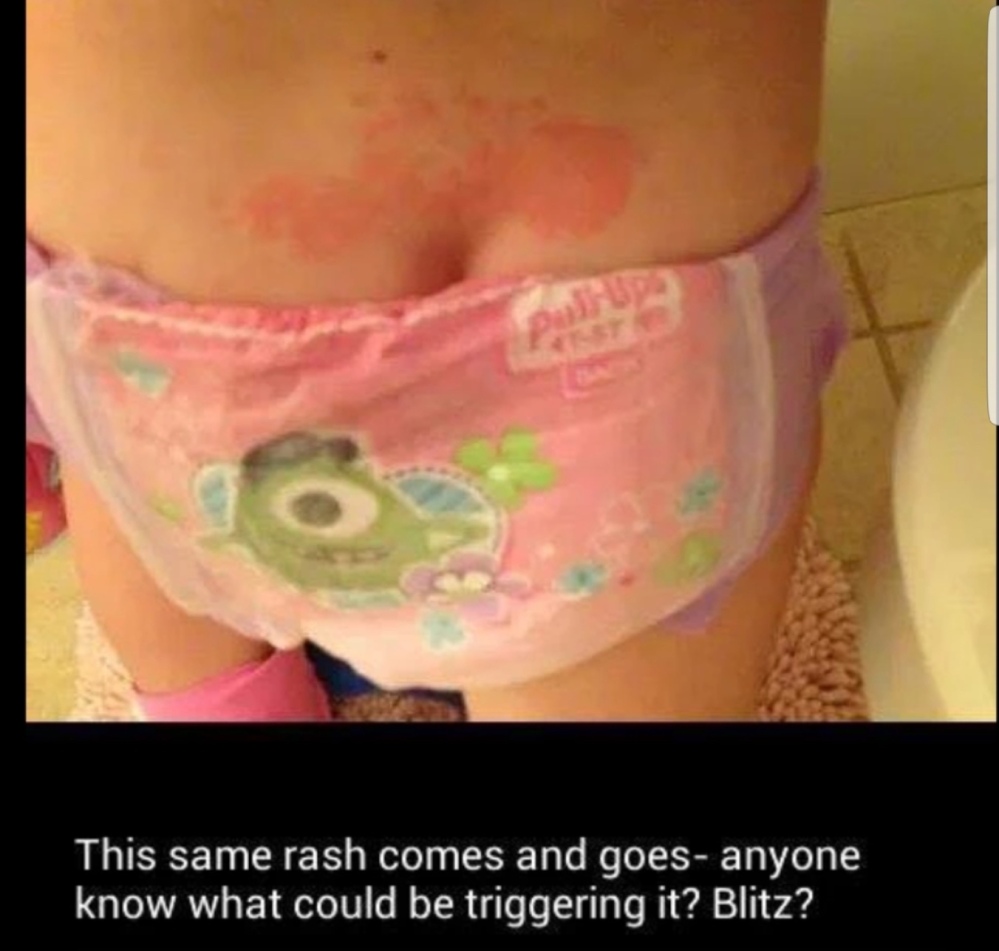 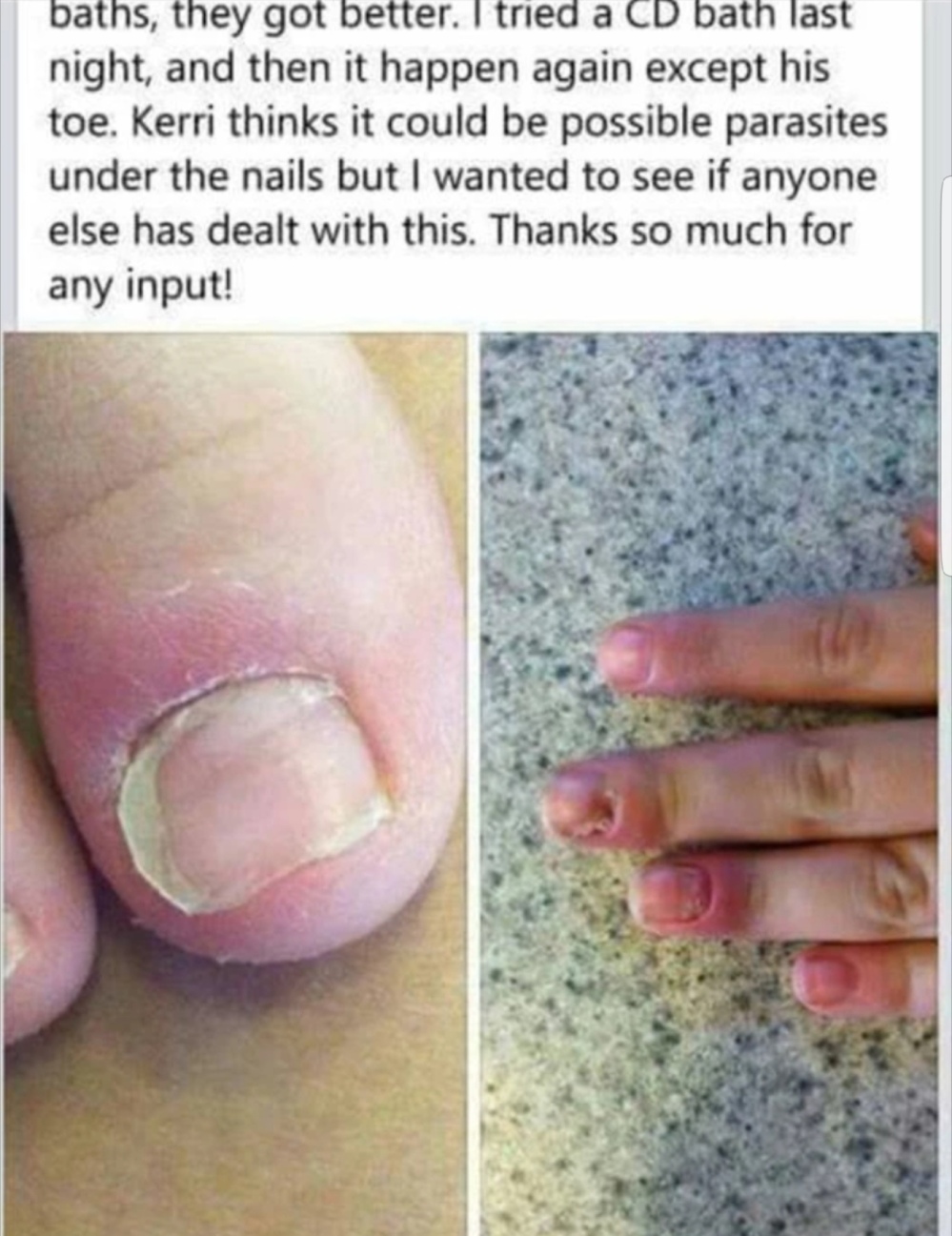 One thought on “Goliath is Shrinking One Lawsuit at a Time”