It’s a double whammy this time.

Scientology’s Volunteer Ministers hit the Twin Cities and want everyone to know their efforts were joyfully embraced.

Well…that’s what they want everyone to know.

The Caribou Coffee Company was shown in two photos, employees posing with masked VMs and showing thumbs up for Stay Well. 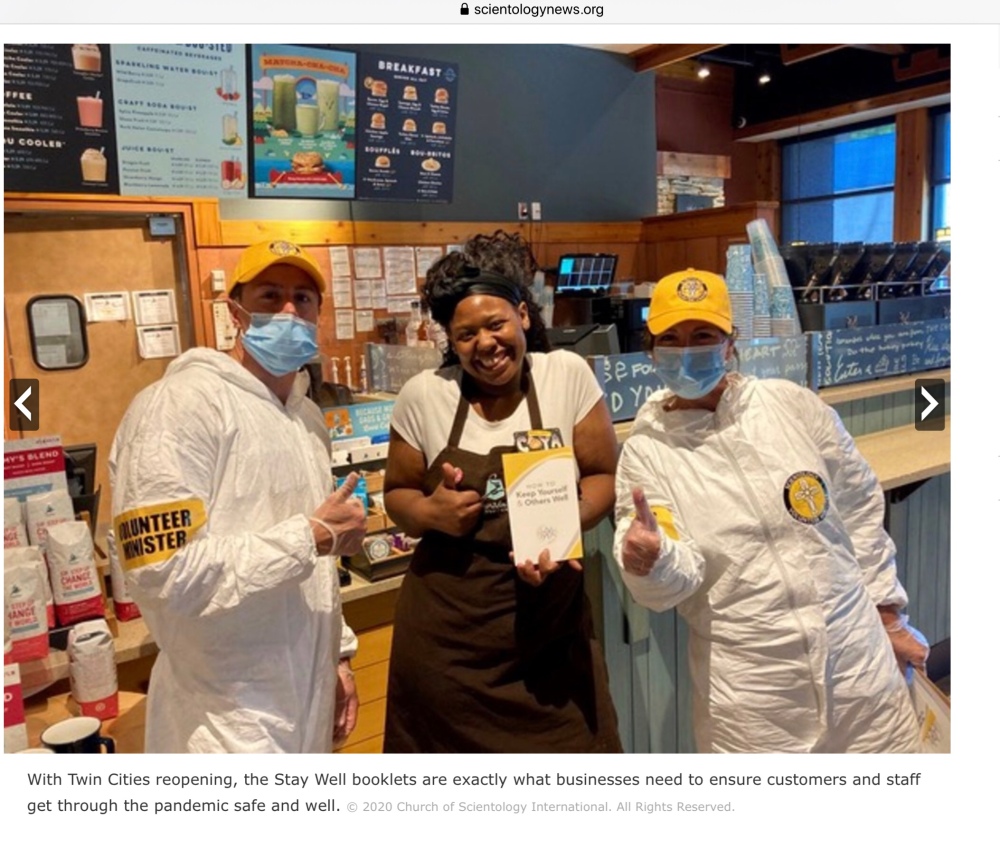 A letter of inquiry was sent to Caribou Coffee Corporate offices and we received a short email response:

This succinct reply seems to put paid to the idea that Caribou Coffee is excited to join with Scientology in the distribution of their pamphlets.

Apparently it was not, in fact, “exactly what businesses need”.

A prevalent gas station/convenience store chain found both in the Midwest as well as on the East Coast. The Volunteer Ministers popped into one Twin Cities location for a quick photo op.

Adding to the illusion of support, they daringly caption the picture with the claim that this Speedway “…offers its customers free copies of the Stay Well booklets…”.

Unfortunately for Scientology, someone forgot to tell Speedway’s Corporate office this bit of information until we stepped in to rectify the situation.

Or is it five now? We’ve lost count.

8 thoughts on “Two More “Nopes” For The Volunteer Ministers”