August 27, 2020 Scientology released a press release that said they dedicatedly stepped up to help clean up the streets of Seattle, WA through the Adopt-A-Street Program.

We contacted Seattle Public Utilities at that time who responded with the following: 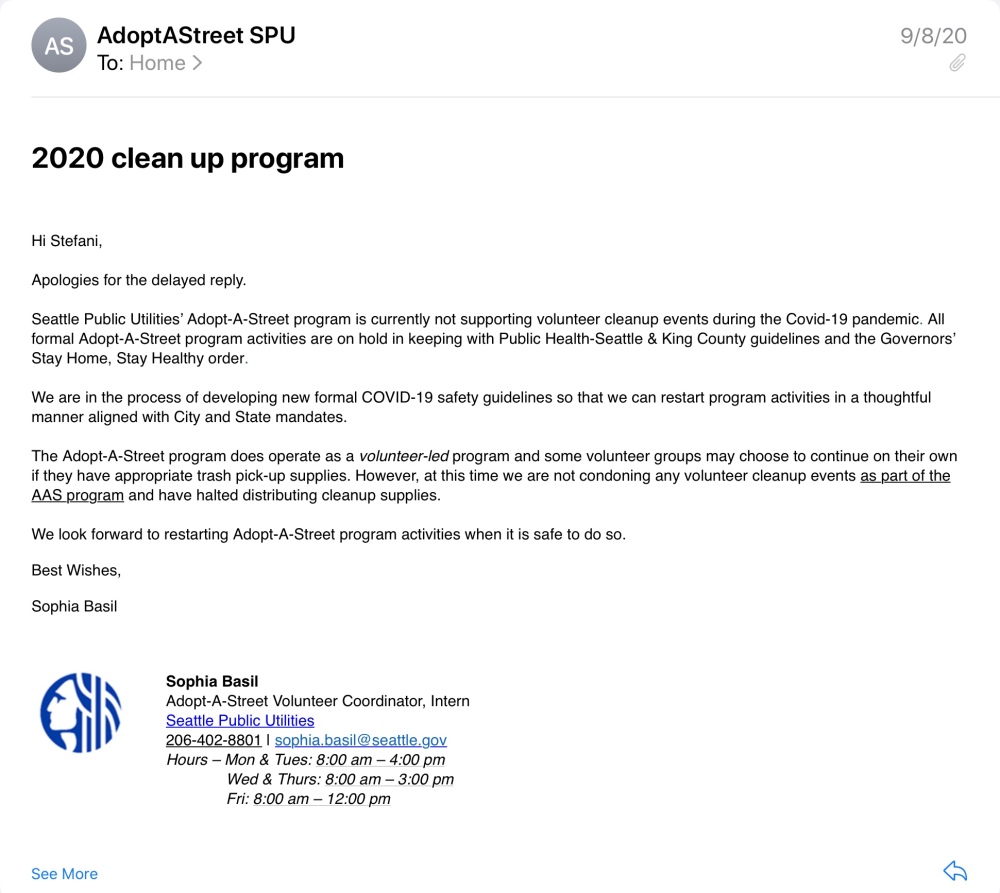 In a completely outrageous turn of events, on September 28, 2020 Scientology epically ups their dishonesty to pathological proportions.

A brand new press release claiming participation in yet another Seattle Adopt-A-Street event has been issued by the most ethical of religions and their angelic Corp of volunteers. Scientology should receive a nomination for “Best Set Design” as readers are once again treated to earnest Way To Happiness volunteers intently miming the clean up of invisible trash during a non existent City event.

Once again claiming to be community involved citizens generously giving of their time, Scientology’s article states, “Volunteers from the Seattle Church of Scientology joined the more than 3,000 who clean up nearly 200 miles of Seattle city streets each year through the city’s Adopt-a-Street program. “

Of course this could not go unchallenged and so we once again reached out to Sophia Basil, Seattle’s Adopt-A-Street Volunteer Coordinator for clarification. 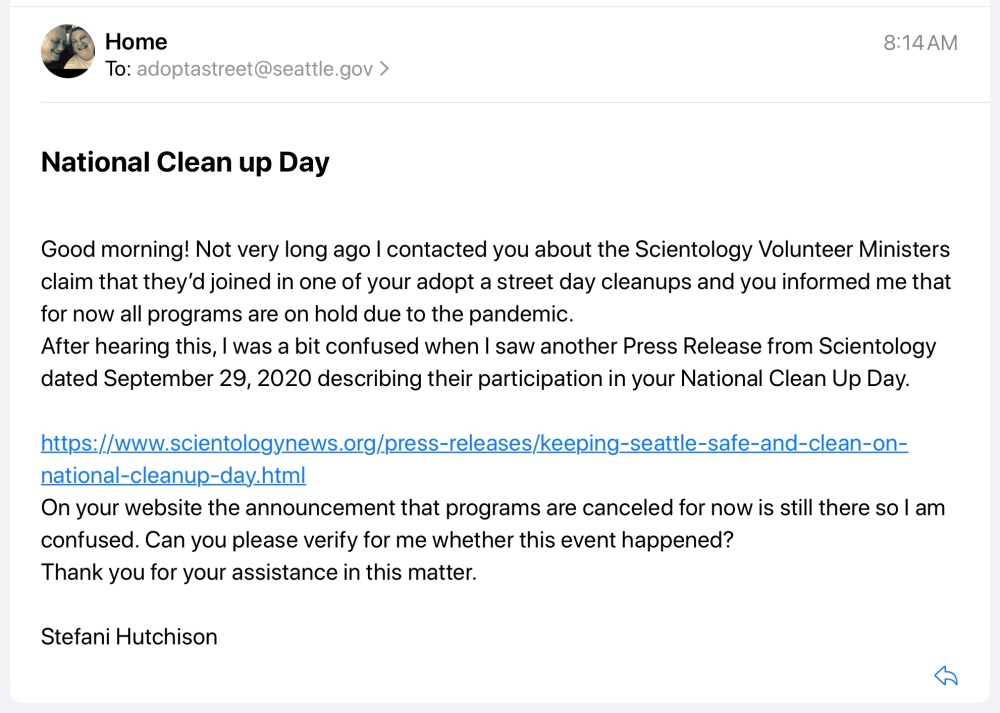 Captain Miscavige, how is lying through one’s teeth any way to restore honor and self-respect?